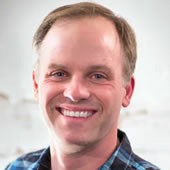 I like this one. And this one. Oooh, now THIS is the example I've been looking for. Sound familiar, sorta anyways? We've been chatting with users and one feature request that has come up a few times now is the ability to star specific emails. With that, we're excited to introduce the Favorites feature!

Did you see something you like or something you want to reference later? Just give it star. With Favorites, users can now quickly save any and all emails that standout. Whether it be great examples of emails you love, email elements you want to incorporate into your own marketing, or emails that meet specific requirements (e.g. sent from a specific email marketing platform), Favorites allows you to star and save, it's that simple

Your favorites will always be starred and viewable from the Inbox view. A quick scroll will show you any emails you've starred. Additionally, you can filter your inbox view using the Advanced Filter feature. Simply select Starred = Yes to get a filter view that on returns emails that have been starred.

As a marketer, there are a bunch of great applications. Three reasons I really love this feature:

I'm often doing a quick review a specific campaign I've recently seen, like an email drip campaign, where I want to flag and save the emails for later. With a quick click of the star, I know I can pull the email or series of emails up for later review.

2. Something catches my eye:

Whether it be a subject line, an image or element and I want to set it aside for later, I can quickly and easily do this by giving the feature a star. I am often starring for later, reviewing, and then removing the star after I've had a chance to digest the idea that caught my attention.

Finally, I love this feature because it allows me to save emails that meet a specific criteria I'm interested in. Maybe it's the email platform the brand is sending from, the use of AMP, Darkmode, etc.

While that sounds like a lot to try to accomplish with starring, it's made easy by leveraging the Advanced Filters feature. By searching where Starred = Yes and Google Annotations = Yes, I can quickly surface some of my favorite example using Google Annotations. We're excited about this one feature and hope you find it helpful. Drop us a comment and share your feedback.

Monthy(-ish) insights into where email tech, code, and trends are headed.